In 1807 Fowler Township was set apart from Vernon as its own distinct township property for the first time. A man named John Kingsley who was one of the first settlers in 1806 was the very first Justice of the Peace in Fowler Township from around 1807 until his death in 1856.

Fowler Township, Ohio is located in Trumbull County and as such some of it's major government and leadership entities come directly from the county.  However there are a few key leadership roles held from within the township. The township is governed by a three-member board of trustees, who are elected in November of odd-numbered years to a four-year term beginning on the following January 1 . There is also an elected township fiscal officer, who serves a four-year term beginning on April 1 of the year after the election, which is held in November. Other key officials in Fowler are the Chief of Police, Fire chief,  Zoning inspector, and Township Clerk, all of which are citizens of Fowler township. 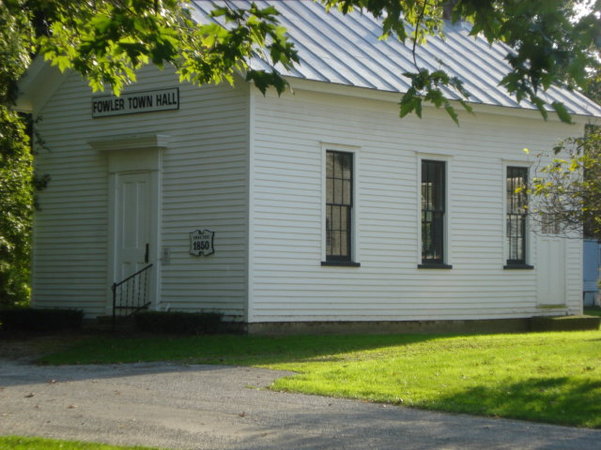 The Fowler township Community Center is a hall available for rent by township residents only for a $50 rental fee, a deposit of $100 is held for damages, and is returned upon passing inspection. The center seats approximately 75 people and is handicap accessible. This is a smoke free and alcohol free facility. Fowler Community Center administrator is Mary Stiver, whom is in charge of all rentals. To contact Mary call (330) 717-8778.  The center is located at:
3364 Youngstown Kingsville Rd. Cortland Ohio 44410.

Strengths of Fowler Township's Government/Leadership: Fowler Township elects only community members to their board of trustees, who are in charge of the local government. This gives the community government a comprehensive knowledge base to make all of the decisions for the people. These elected officials have firsthand knowledge of the needs of their community, and will know the best ways to go about planning and making changes for better. It also provides the community the security of knowing who the elected officials really are, because in a small town such as Fowler everyone knows everyone.

Weaknesses of Fowler Township's Government/Leadership: The one weakness that stands out in Fowler Township's Government/Leadership system is that because they are such a small community they depend on the services of other larger surrounding communities and the County for a notable amount of these services. This not only means that their community members aren't employed for the services but it can also make them harder for the community to obtain and plan for.