The POpulation of Fowler

If you ask any person in Fowler to describe their neighboors they would immediately begin to tell you that the people of Fowler are hardworking, loyal, reliable and trustworthy.   The community is very tight knit and jump at any occasion to help one another. If you spent a day in Fowler you would hear lots of honking (used as a greeting, not out of anger), see lots of waving, groups gathered outside of the general store conversing over their morning coffee; you'd see a neighbor walking over to help pull a stuck tractor out of the mud, dropping groceries off to the elderly woman who no longer can drive, you see people raising money in times of illness and always helping each other out. This is likely because most of the people in Fowler have known each other since they were children and also because they have a strong set of values and beliefs within their community.
The population of Fowler is 2,513 people with the population density being 109 people per square mile. 52% of the population in Fowler are long term residents and have lived in Fowler for over 5 years, this is high compared to only 40% of Ohioans being residents for over 5 years and only 12% of the population have moved to Fowler within the last year.   94% of the population in Fowler is white, .4% African American, and .2% American Indian, .2% Asian, and .6% other.   The age distribution is presented in the chart below: 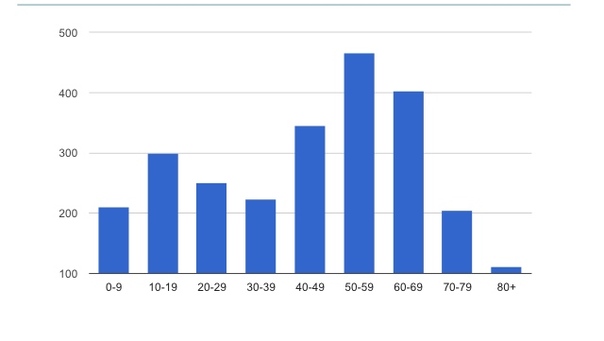 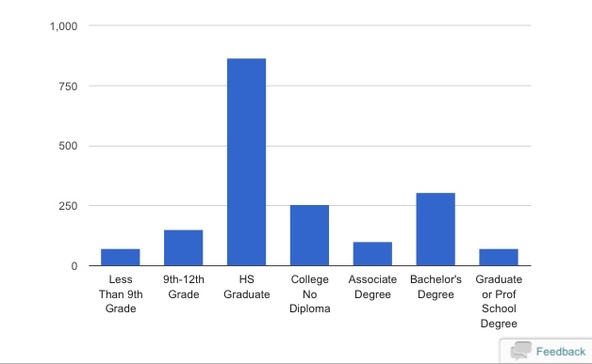 In Fowler only 2.6% of the population falls below the poverty line, compared to 4.8% of the entire state. The average household  income gathered from the 2014 census is $52,917 which is 23% higher than that of Trumbull County.  60% of the population are white collar workers, and the remaining 40% are blue collar workers. The majority of the township is employed by private companies or self employed. The most common occupations for males are metal and plastic workers and electrical equipments. The most common occupations for women are in health care and educational services.

Strengths: The population of Fowler is tightly knit, hard-working, and there are few people falling under the poverty line. The population     overall is healthy.
Weaknesses: There is a lack of diversity and an aging population. It is difficult to find vital statistics specific to the township, this is an area that could be improved upon.
http://www.city-data.com/zips/44418.html
http://www.city-data.com/township/Fowler-Trumbull-OH.html
http://www.odh.ohio.gov/odhprograms/cfhs/octpim/latestoimd.aspx